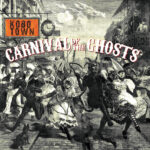 Guayo Cedeño is one of Latin America’s finest guitarists. He has been playing the instrument for as long as he can remember, he learned his chops from watching his father’s band Los Robbins playing in clubs around the coastal city of La Ceiba, Honduras, a rich cultural melting pot where Ska, Merengue, Surf Rock or Boleros constantly shared the airwaves. That is also where he discovered the music and drumming patterns of the Afro-Amerindian Garifuna people of Central America which lead him to record years later with two of the greatest Garifuna stars; Andy Palacio and Aurelio Martinez.

such as Watina, Umalali, Laru Beya and most recently Darandi and has taken that sound around the world in his electrifying performances as the tour guitarist for Aurelio over the last decade around the world.

Guayo’s first solo album Coco Bar, takes him way back to his childhood memories to create his guitar dreamland with a slinky, soulful, latino surf rock sound that will appeal to world music fans, jazz aficionados, guitar freaks, and lovers of indie rock.

His new trio will seduce and captivate audiences with its unique energy and eclectic musicianship. 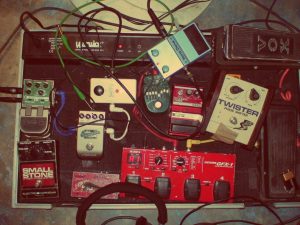