Forget the thorns, because she has them, and without delay pick this (Calypso) Rose who, at 75 years old, looks fresher than ever. 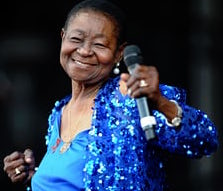 Far From Home has to be the 20th album at least of her crowded discography and the latest chapter of an eventful career started in 1964. But you’ll never hear her sound in the least bit tired; quite the opposite. Petulant, energetic, vehement, jovial, gregarious… there aren’t enough words to describe her performance on these 12 tracks on which she generously dispenses her joie de vivre with the voice of a young girl.

Yet, life hasn’t been a bed of roses for McCartha Linda Lewis, born in 1940 in Bethel, a small village on the island of Tobago which, with Trinidad, is one of the many insular republics of the Caribbean, and the land of one of the most popular music in the world: calypso. Born at the end of the 19th Century from a mix of African and European musical ingredients, calypso really grew in the first half of the 20th Century into a refined art and a medium in its own right to address everyday problems as well as important social issues. It became universal in the 1950’s, notably through Harry Belafonte, and was exclusively delivered by males until a troublemaker entered the scene and blew-up the conventions.

One of the songs from the new album titled ‘Calypso Queen’ evokes the pride she still feels today at having been the one to overthrow the established order of things. In this song, she fiercely defends her royal position as an artist who has received more honours than most in her country and who is celebrated by the Trinidadian community throughout the world. This should give you an idea of the character that drives this irresistible, irreducible, endearing and unconventional individual.

Calypso Rose was always a fighter and had to overcome hostility from her father, a Baptist preacher thoroughly opposed to her pursuing a musical career. And she was sexually abused as a teenager, as she bravely confessed in Calypso Rose, Lioness of the Jungle, the 2009 documentary about her. A tireless worker, she composed almost 800 songs, starting at age 13, and spent 17 years singing on cruise ships for the New York-based company Celebration At Sea, before playing on the legendary stages of the Apollo and Madison Square Garden with two of the greatest calypsonians, Lord Kitchener and Mighty Sparrow. Calypso Rose is a fighter indeed: you don’t survive cancer and two heart attacks without a solid dose of grinta. Only those who have overcome such hardships can sing life with such force; but also with such pleasure, as Far From Home attests.

This vitality jumps up at you throughout this incredible record that wins you over in the first few bars and annihilates any dark moods or wretched passions. 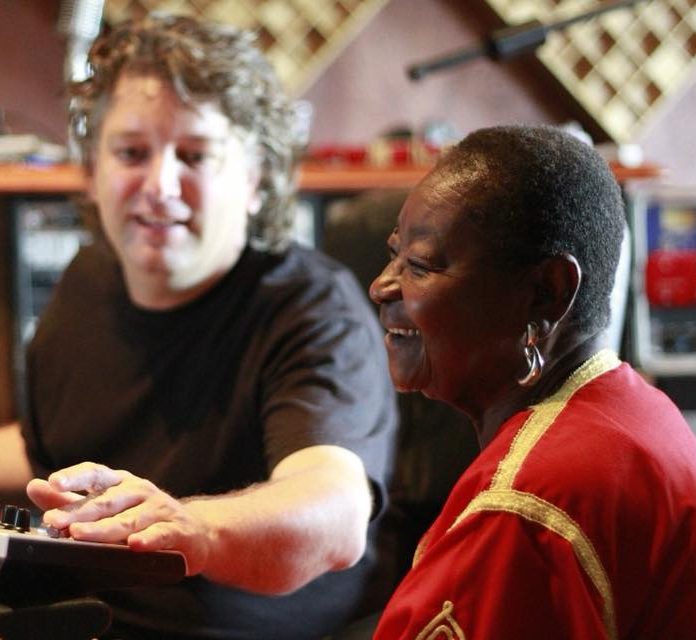 We’re invited into a happy, inciting Caribbean musical parade with changes in rhythm, colour and mood, in the pure style of Carnaval, which, more that a festive ritual, is the major cultural event of Trinidad and Tobago and epitomizes the soul as well as the social and ethnic diversity of its people. From classic calypsos such as ‘Woman Smarter’ or ‘No Madam’ to mento with ‘Trouble’, from a ska-like ‘Far From Home’ to the soca of ‘Zoom Zoom Zoom’, nothing is too energetic, too breathless, too feverish for this warrior who enthrals anyone who meets her. Like Jean-Michel Gilbert who has managed her career since the collective album Calypso At Dirty Jim’s in 2006. Like Ivan Duran, who produced Far From Home between Montreal and Belize with utmost devotion. Like Drew Gonsalves from the band Kobo Town who co-wrote some of the songs and composed the arrangements. And like Manu Chao who joined the project by chance following a holiday in Port of Spain, and who left his unmistakable mark by singing on three tracks (‘Leave Me Alone’, ‘Far From Home’ and ‘Human Race’). When it comes to choosing projects to work on, Manu only follows his heart, and he not only recognized a totally unique artist in this little lady, but also a heroic figure whose entire life is a lesson.

Indeed, if Far From Home is filled to the brim with joy, it also bears the traces of the ever-alert conscience of a woman who’s still fighting the good fight, denouncing domestic violence in ‘Abatina’ or social injustice in ‘No Madam’, a song she wrote in the 70’s which contributed to changing the laws regarding the treatment of servants in Trinidad. A woman whose memory reaches beyond her own existence, in ‘I Am African’, to encompass the destiny of the whole black diaspora, in the same spirit as Bob Marley, whom she knew well. With her courage, her strength and her humanity, only she could, in these times of discord and global violence, sing a song of universal love and fraternity such as ‘Human Race’.

In co-production with Maturity Music, released worldwide by

Far From Home
From Trinidad & Tobago, Calypso Rose and is the undisputed queen of Calypso for more than 40 years. After having produced 30 albums and composed 800 songs, she lives today in the Queens in NYC. Her next album “Far From Home” was released on May 27th 2016 on Because Music (Manu Chao, Major Lazer, Amadou & Mariam, Christine And the Queens, Selah Sue, Metronomy…).
Calypso Queen
Leave Me Alone (feat. Manu Chao)
Far From Home - Live 2016